Black pepper has been called a wonder spice, and it was once known as “black gold.” It literally was because in ancient times, when the Romans bought this spice from Southern India, they paid for it in gold.

The importance of black pepper has not diminished with time. Even today, it is the most widely used spice in the world. Though most people use it for the flavor and the heat it adds to the food, the health benefits of consuming this spice are no less important.

As more research piles up, it is becoming increasingly clear that if there is one spice worthy of being a part of our every meal, it is black pepper.

The benefits of consuming black pepper regularly are immense, but there are some risks, which may affect some people.

Let us see the benefits first.

The list of nutrients in black pepper is quite long, but the prominent ones are manganese, iron, copper, and vitamins K and C. However, a special ingredient in black pepper, an alkaloid called piperine, brings several amazing health benefits.

Piperine is the main flavor-giving compound in black pepper. Incidentally, it is also the main health-giving compound. To put it clinically, piperine increases the bioavailability of nutrients in our food. So what it means is, if we include piperine in our diet, all our food becomes more healthy.

Let me give an example. We all know that turmeric has immunity-boosting properties. These properties of turmeric come from a compound called curcumin. So, when turmeric is consumed along with black pepper, the absorption of curcumin in our body increases 20 times.

You might have noticed some traditional remedies in which turmeric and black pepper are used together. That is no coincidence. Several clinical studies have validated the efficacy of piperine in boosting the bioavailability of nutrients. (Source)

It doesn’t get simpler than this. To make your healthy food even healthier, sprinkle some black pepper on it.

Piperine is also a powerful antioxidant that offers protection against the damaging effects of free radicals. There’s more. It improves brain function by influencing beta-endorphins, serotonin, and dopamine, which improve cognitive function, mood, and motivation levels and may even help those with Parkinson’s.

However, freshly ground black pepper works better. Therefore, it would be good to invest in a peppermill or a small mortar and pestle set.

Let us now see the risks.

Side Effects Associated With The Consumption of Black Pepper

The consumption of black pepper in cooking or when it is sprinkled on cooked food is considered safe. However, when used in a concentrated form, such as in supplements, black pepper may adversely interact with some prescription medicines.

If you are taking any prescription medicine, it is better to consult your healthcare professional before using black pepper regularly.

In addition, black pepper may cause stomach burn or cause damage to the lungs if ingested in a large quantity. Therefore, black pepper or any other spice or herb should be used in moderation and only to add flavor to the food. Also, one should not try to treat any illness with black pepper.

Black pepper is good, but let’s not overdo it. 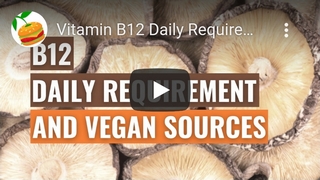 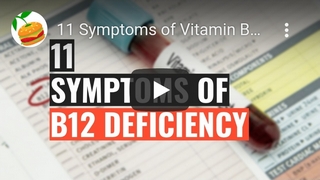 The simplest North Indian flatbread is chapati, a plain bread, meaning it is baked and puffed on a hot skillet without using any oil....

How To Soften Peanut Butter

What Is Kitchen King Masala And How It Is Used

10 Herbs And Spices That Boost Immunity